Investment in commercial real estate for sale in Antalya 2022 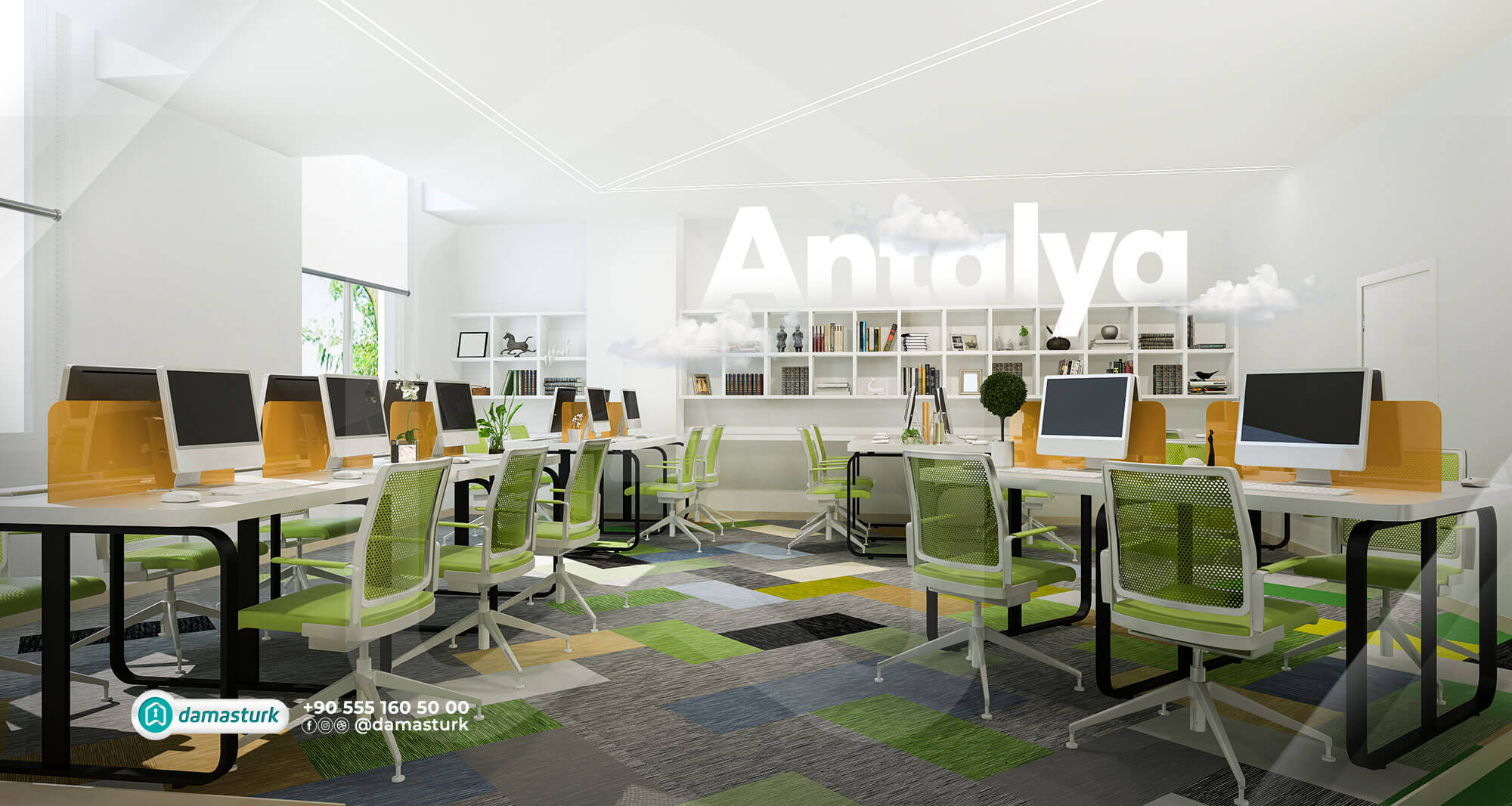 1 What is the significance of commercial real estate investment in Antalya?

The revenue made by commercial operations accounts for 34% of the city's total national income. The tourist industry is one of Antalya's most important economic sectors. Annually, around 15 million tourists visit the city, accounting for almost 25% of the overall international visitors to Turkey. Furthermore, Antalya now boasts almost 4,000 foreign-owned businesses. Commercial real estate has experienced a real increase in prices of up to 31% during the last four years, according to 2020 statistics.

2 What are the factors for a successful commercial real estate investment in Antalya?

• In terms of significance and geographic location:
1- The property should be located in the city center, with a large frontage facing the pedestrian street, to guarantee that the commercial property does not sit unoccupied for an extended period of time without being rented.
2- The commercial property should be situated within complexes, marketplaces, or shopping centers that offer similar services as the property being acquired.
3- It should be close to major highways and public transit routes.
4- It should be close to important facilities and government offices.
• Special requirements: special care must be taken to the description of the commercial property in the official documents in a way that is suitable for the project.

3 What forms of commercial real estate investments are available in Antalya, and what are the average prices?

1- Investment in commercial real estate under construction: This is the situation with properties for sale under construction at very low costs in order to raise the funds needed to finish real estate projects. The earlier the under-construction property is acquired in the project, the cheaper its price will be.
2- Purchasing and reselling: When real estate developers or individual investors want quick cash, they may pitch their properties as reduced offers in order to expedite the sale process.
3- Investment for the purpose of leasing: This is the most prevalent sort of commercial real estate investment since it provides a steady monthly income while the property's value is increasing over time.

4 How much does commercial real estate in Antalya cost on average?

With a population of over 2 million and 500 thousand inhabitants, Antalya ranks fifth among Turkish cities in terms of population. The city's population grows at a pace of 1.5 - 3.5 % each year, which is faster than the country's average growth rate of 0.55 - 1.6 %, and the city ends up receiving up to 100,000 immigrants annually from all Turkish cities and from outside the country. The revenue made by commercial activities accounts for 34% of the city's total national income. The tourism industry is one of the city's largest and most important economic sectors. Annually, around 15 million tourists visit the city, and the city attracts approximately 25% of all international tourists visiting Turkey. In 2020, almost 4,500 new workplaces were developed in the city despite the Corona epidemic. What's noteworthy is that Antalya comes second only to Istanbul in terms of foreigners' willingness to locate their businesses in the city, and this has been demonstrated by statistics which indicate that the number of foreign-owned businesses has surpassed 4,000 in the city of Antalya.

Commercial real estate is defined as real estate that is used to conduct various economic operations and is classified into three different types. First, there are commercial shops and offices, followed by real estate utilized for tourism purposes, such as hotels and tourist amenities. Other business assets, such as warehouses and factories, come third.

Commercial shops are the most prevalent and sought-after type of investment in Antalya. In terms of location, the shops encompass many types, namely:

These are located in local alleys and have the lowest prices owing to the small target demographic, which is generally the area's inhabitants. Groceries, stationery, household supplies, and other items fall under this category.

These are often found in city centers, amid packed public marketplaces and bustling streets, and are regarded as the most attractive since they cater to a diverse range of consumers. Because of the huge number of shops dispersed across their area, they are a popular destination.

These comprise shops located within shopping centers or commercial complexes in the city, which are more expensive due to the many services provided by the administration of shopping centers and complexes. The number of these shops is restricted, with some of them seldom offered for rent or sale.

Many entrepreneurs in the service sector opt to establish their businesses in offices since the city is a tourist destination known for its service sector. Offices are less expensive than shops, and they are utilized by a wide range of enterprises and professions. However, Antalya has a variety of office types, including:

They are the most frequent and classic style in the city. They differ in terms of space and options, and they are self-contained. The employer usually offers all essential services for employees in such workplaces.

This is a newer model than the classic one, in which the employer and his staff are given specific areas to operate in, while those in control of the complex offer all necessary services, such as secretarial, cleaning, and bill payment. This sort of workplace is more desired and costly since it allows the employer to concentrate on his job rather than wasting time providing services to his employees.

They are communal offices with a large number of people working around large tables. This style of workplace is favored by self-employed entrepreneurs since it does not require a lot of space and is ideal for computer-based enterprises.

They are fictitious offices that are utilized by businesses that do not require a physical location and wish to use the office address when registering their business. They are the most affordable sorts of offices, and those in charge of the complex provide a variety of services, such as answering client calls and allocating meeting space as needed.

Hotels, various tourist facilities, labs, various businesses, work centers, and other commercial real estate are examples of this category. Because Antalya is a tourist destination, there are several hotels in the city, with varying sizes and services, in addition to hotel apartments, Panchkula hotels, and camping squares.

The site has an influence on commercial real estate prices and helps to guarantee that the property is not left unoccupied for long periods of time. The following are the most significant location preferences:

Muratpaşa district, Kepez district, and Konyaalti district are the three main districts in the city center where concentration is centered in general.

Areas outside the city center:

Types of investments in commercial real estate in Antalya:

When real estate developers or private investors want quick cash, they may promote their current properties as reduced bids in order to expedite the sale. In this case, the investor must investigate the location and significance of the invested property, as well as the population density in the area to be invested in.

Investment for the purpose of leasing:

This form of investment is the most prevalent in commercial real estate investment because of its consistent monthly revenue and long-term increase in property value. In this scenario, the property's location is essential in the long-term rental process.