1 Where is Kağıthane located?

It is located in Istanbul's European quarter and is flanked by Besiktas, Şişli, Eyup Sultan, Sarıyer, and Beyoğlu. It is regarded as one of Istanbul's oldest and most renewable regions.

2 What are the most important tourist and recreational areas in Kağıthane?

3 What is the importance of Kağıthane district in real estate investment in Istanbul?

The Kağıthane district has become one of Istanbul's real estate investment hubs due to its urban development and the adoption of large service projects like the Byala Pasha Tunnel and the metro project, as well as its strategic location near Istanbul's core and easy access to all locations.

Kağıthane is a district of Istanbul located on the European side, close to the city center. Surrounded by Beşiktaş, Şişli, Eyup Sultan, Sarıyer and Beyoğlu, Kağıthane has a short beach that stretches out into the Golden Horn, often known as "the bay." Kağıthane is regarded as one of Istanbul's ancient areas, and its name is derived from the presence of a paper store within it. In Turkish, the term Kağit implies paper.

During the Ottoman time, Kağıthane was the favorite location for relaxation and pleasure. Today, the ancient Kağıthane, which fell out of favor during the Ottoman era, has resurfaced on the facade thanks to an increase in urban transformation, with shopping malls and commerce replacing the haphazard dwellings that formerly dotted the area, transforming it into one of the hubs of investment in Istanbul.

The most prominent tourist and picnic sites in the Kağıthane district

Kağıthane, a region of rich, beautiful scenery and greenery that is frequently referenced in literary works from the late Ottoman period, was a place of great natural beauty and vegetation, where horse carriage excursions were available to explore palaces, mosques, and fountains that were plentiful at the time, but most of them did not survive to be seen now.

However, there are still many interesting locations to visit and explore in Kağıthane, the most notable of which are:

Sadabad Mosque, also known as Al-Aziziya Mosque, is a mosque in Kağıthane district, near the Kağıthane River's flow. The original mosque on the location of today's mosque was erected in the eighteenth century and was later renovated in the nineteenth century, where it still stands today. The Sadabad Mosque was later renovated in a western design by Kağıthane Municipality in the 1990s to become a tourist destination.

Sultan Abdulmejid ordered its construction in 1843, and it was finished in 1856. It was at this palace that Mustafa Kemal Ataturk passed away. This palace, which is one of the most frequented in the city, is about 9 kilometers from Kağıthane's core.

Since the reign of Suleiman the Magnificent, this palace, which draws notice with its grandeur and a huge area of 500,000 square meters, has been utilized as a hunting range. It's around 7 kilometers from Kağıthane's center.

The Military Museum, which houses some of the most precious military artifacts in Turkey and the globe, was created in the fourteenth century. The Military Museum is around 9 kilometers from the district headquarters of Kağıthane.

This museum exhibits 141 historical items from the Roman, Byzantine, and Ottoman periods. Fountain inscriptions, palace columns, ruins of structures and tombstones from many religions, as well as marbles from Sadabad Falls, are all on display at the museum. It welcomes guests on a daily basis.

Hasbahçe Recreational Park is located near the municipality in the heart of Kağıthane. This center of joy and amusement has a long history dating back to the Ottoman Empire. Where the Ottomans placed a high value on garden decoration, as seen by the exquisite design of this region's gardens and places.

The enormous swimming pool in the garden's center is the first thing that draws notice when you enter it. There are also children's gardens, picnic spaces, and walking and running pathways throughout the park. In addition, there is an amusement park beside the garden cafe where you can spend valuable time with your children.

The Park is free to enter, and it may be accessed by taking the Metro to Kağıthane and then taking one of the regular buses.

Nurtepe social amenities are located in Kağıthane's Nurtepe neighborhood, with a stunning outlook. It offers a magnificent view of Istanbul from where you may sip coffee, tea, and eat all of your favorite foods while relaxing in the arms of this lovely location. Weddings and other social gatherings are also held there.

It is one of Kağıthane's oldest structures, having lasted into the twentieth century. It was erected on the way to the Sünnet Bridge, on the stream of the Kağıthane River, by Mirahur Nuh Ağa on Sultan Murad III's command.

The city's theatrical events are conducted in this theatre where you may have a wonderful evening while seeing one of the upcoming plays. 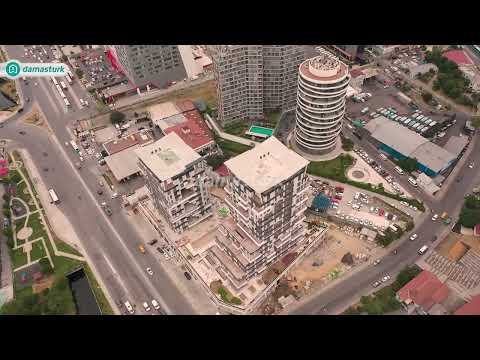