Hospitals and medical institutions in Başakşehir 2022 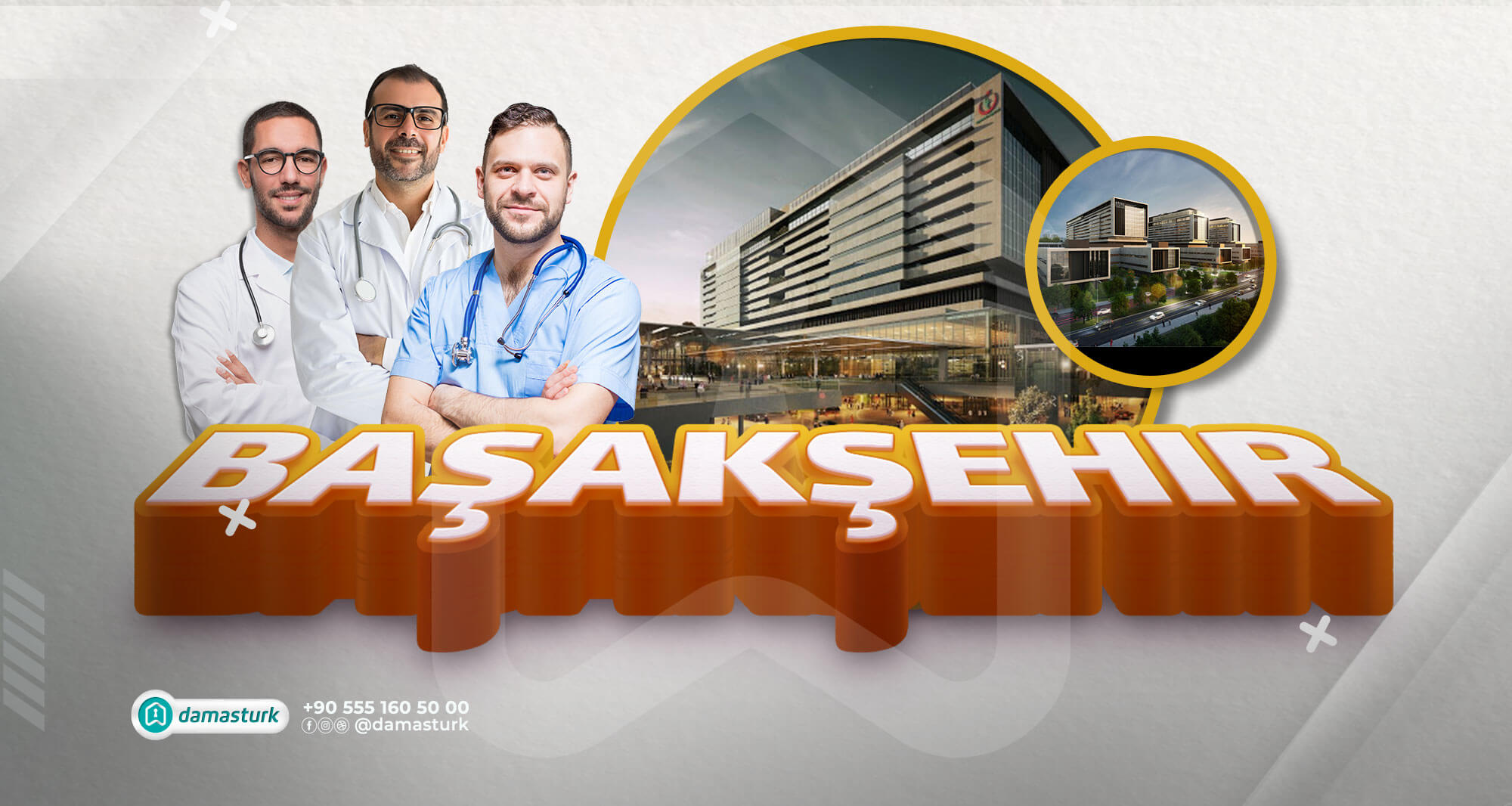 1 What are the most prominent medical centers in Başakşehir, and how significant are they?

In addition to the major government hospitals in Istanbul and a variety of private hospitals, the Başakşehir area is home to 25 medical centers, the most notable of which are:
1. Başakşehir Çam and Sakura City Hospital: Which stands out as one of the clearest examples of Turkey's health-care success.
2. Başakşehir Governmental Hospital: The hospital houses all medical specialties and is equipped with cutting-edge technology and medical gadgets to offer people with the best possible care. It can accommodate one hundred people for therapy. The hospital has 17,219.40 square meters in size.
3. Bahçeşehir Medical Center: One of Bahçeşehir's most significant medical institutions, which opened in 2014 with an 873-square-meter footprint.

2 In terms of location and specs, what are the most essential features of the medical city?

• It is made up of ten structures with a total closed area of 21,265 square meters and an open space of 789,31 square meters, as well as 3 airstrips.
• The Medical City takes its name from the life-giving pine tree (Çam in Turkish) and cherry blossom (Sakura in Japanese). As a result, a 15-acre area surrounding the Medical City was landscaped with a grove of pine and cherry trees.
• One of the most important characteristics of the medical city, aside from its closeness to Istanbul's two main international airports, is the presence of 3 airstrips, which, according to data, helped to facilitate the supply of medical services to 15,000 international patients.

3 What are the medical city's most essential technical features?

• There are 2,682 beds in the medical city, including 456 intensive care beds and 2,226 service beds.
• A university campus with 8 hospitals, 53 clinics out of 83 clinics dedicated to branching studies, and roughly 150 academic members.
• Hospitals for pediatrics, gynecology and obstetrics, general hospitals, neurology, orthopedics, and oncology are all included, as well as a psychiatry hospital.
• It uses a high-tech cancer-fighting gadget called TomoTherapy Radixact. The gadget targets malignant cells and offers each patient with individualized radiation therapy.

4 What have been the Medical City's major accomplishments since its inception in the year 2021?

• The opening of the first level B4 newborn unit at a public hospital, which was utilized to treat Sari Asina, who was delivered in the 27th week of pregnancy weighing 935 grams.
• The success of 17 kidney transplant operations so far.
• Since November 2020, approximately 10,000 individuals have been admitted to hospitals for treatment.
• 49,202 vaccines administered, including 22,434 Sinovac and 26,768 Piontek. • 15,000 international patients have received medical care.

Today, more than a year after its opening, the Medical City in Başakşehir (Cham and Sakura Medical City) is among the most important evidences of Turkey's progress in the healthcare sector, as President Erdogan predicted at the opening that it would be one of the most important and prominent brands in terms of medical tourism in Turkey, and with these specifications, it occupies a notable position.

In addition to hosting approximately 25 medical centers, as well as Istanbul's largest government hospitals and a number of private hospitals, Bahçeşehir host this medical city, which is designed to withstand earthquakes, was classified as the largest isolated building in the world at the time of its opening by Building Design + Construction magazine. Due to its high significance, we shall elaborate on its qualities and services in this article, as well as discuss the other most significant medical centers in the Başakşehir region: 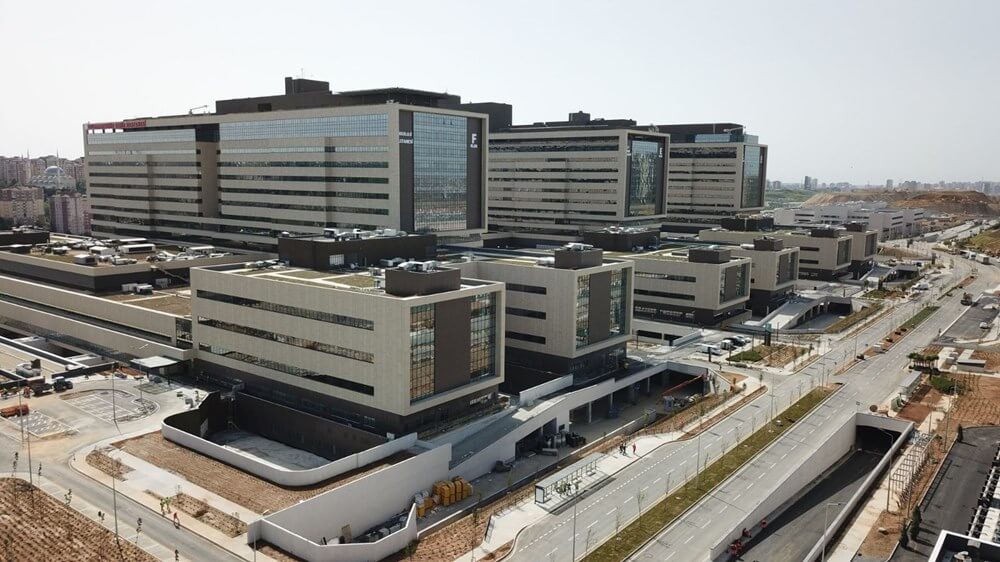 According to Chief Medical Officer Mehmet Amin Kalkan, it consists of a campus of 8 hospitals with an overall capacity of 2.682 beds, including 456 intensive care beds and 2.226 beds. The Medical City hosts a significant number of specialized hospitals, including those for pediatrics, gynecology and obstetrics, general medicine, neurology, orthopedics, psychiatric, and cancer. There are 53 clinics out of 83 that are expected to participate in research projects, act as training clinics, and have about 150 academic members.

Mehmet Emin Kalkan, Chief Medical Officer, stated that there are 725 clinic rooms that can accommodate 35,000 patients per day and one million outpatients per month. He added: "We also intend to carry out 500 specialized operations per day and 125,000 specialized operations per year. In the battle against cancer, we utilize a gadget called Tomo Therapy Radixact, which is a high-tech tool. Despite the fact that this system includes cutting-edge technical advancements and artificial intelligence, the gadget targets cancer cells and offers individualized therapeutic radiation to each patient. We can administer effective remedies. Our hospital's most advanced system is the Tomotherapy Radixact system. Patients' survival and recovery rates, have improved as a result of this approach."

Referring to the opening of the level 4B neonatal unit, the first in kind in public hospitals, which was utilized to treat Sari Asina, who was born in the 27th week of pregnancy, with a weight of 935 grams, and the infant stayed in the intensive care unit for many days to be able to regain her health. Sari Asina survived the operation and was discharged from the hospital on her 73rd day with a weight of 2 kg. In addition to successful kidney donations during the Covid-19 pandemic, "Despite the epidemiological circumstances, kidney transplants have rescued patients from dialysis. So far, 17 of the transplants that began in July 2020 have been successful."

During the pandemic era, Covid-19 patients used a total of 700 beds, including 500 service beds and 200 intensive care beds, and additional health services were served to alleviate a major portion of the epidemic's load in Istanbul.

According to Chief Medical Officer Kalkan, they have offered in-hospital treatment to almost 10,000 people who have had to be hospitalized since November 2020 throughout the pandemic phase, and that "more than 2,000 citizens have been treated in intensive care related to Covid illness." Outpatient clinics provided services to 200,000 of our residents in the hospital's emergency room.

In our hospital, 49 thousand 202 vaccines have been administered, including 22 thousand 434 Sinovac and 26 thousand 768 Biontech.

In addition to its closeness to Istanbul's two most significant international airports, one of the most essential aspects of the medical city is the availability of three airstrips, which has facilitated the supply of medical services to 15,000 international patients, according to statistics. There were many patients from countries other than Turkey, including Turkmenistan, Uzbekistan, and Azerbaijan, as well as, Palestine, Afghanistan, Iraq, and Jordan, in addition to countries from the African continent, including Egypt, Nigeria, Algeria, Ethiopia, and Djibouti. As well as, countries such as Russia, Ukraine, Georgia, and countries with a high number of expatriate Turkish patients including the United States, United Kingdom, and Canada.” 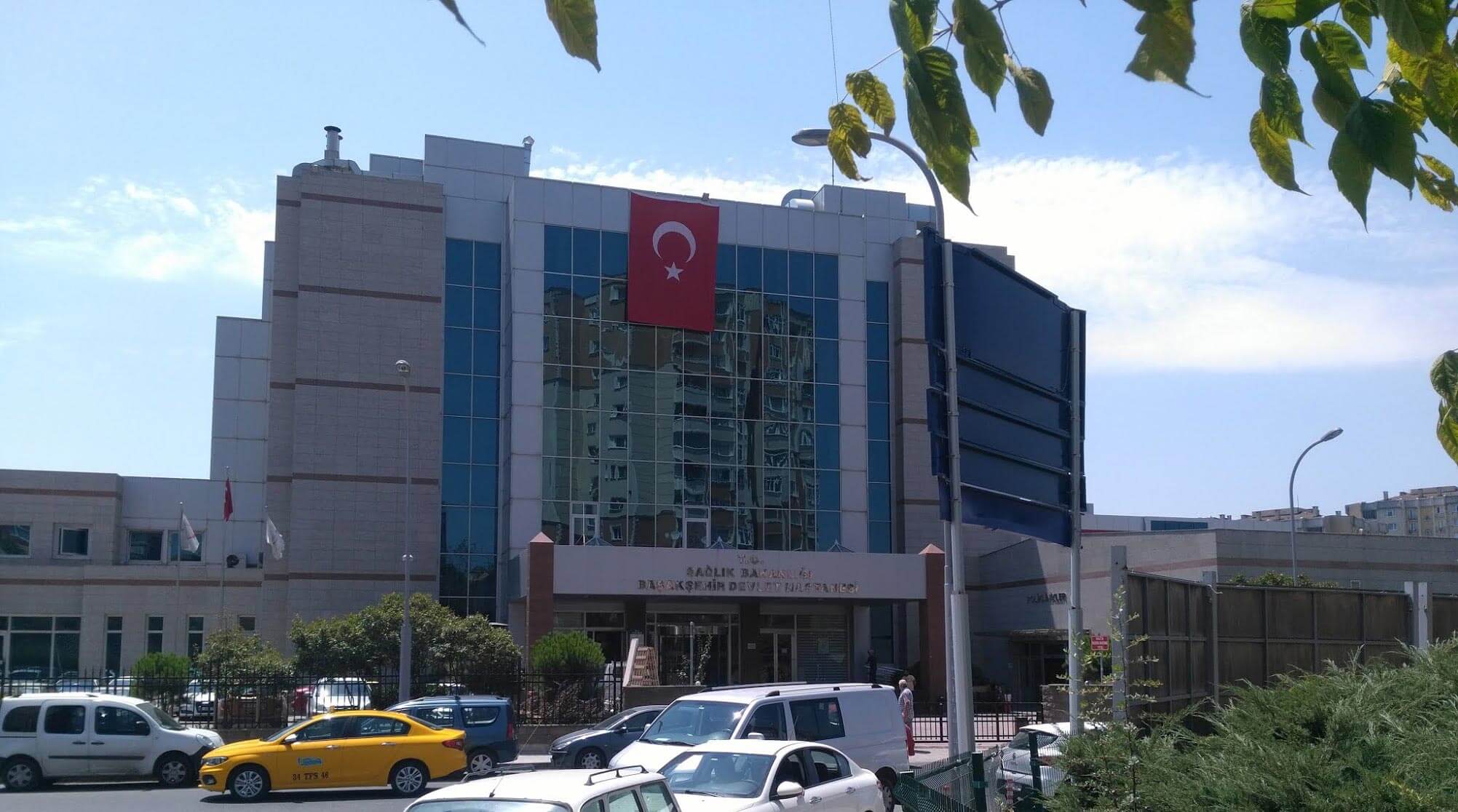 Opened by the Turkish Ministry of Health in late 2006, Başakşehir state hospital is one of Istanbul's most significant government hospitals, the main hospital of Başakşehir municipality, to which Bahçeşehir area belongs.

The hospital houses all medical specialties and is outfitted with cutting-edge technology and medical gadgets to offer people with the best possible care. It can accommodate one hundred people for therapy. The hospital was built on an area of 17,219.40 square meters and consists of two buildings, the first of which has seven floors and the second of which has three floors, as well as a car park, a power generation unit, a security building, and a child care unit, which improves Turkey's infrastructure in general and the municipality of Başakşehir in particular.

Two patient beds, a utility bed, a toilet, a refrigerator, and a nurse call system are provided in the hospital rooms. Free internet access for patients and their companions is available also in the hospital.

This center is one of Bahçeşehir's most significant medical institutions, which opened in 2014 on an 873-square-meter site. The center runs 7 days a week from 8 am to 12 pm, and consists of 10 outpatient clinics and an emergency room.