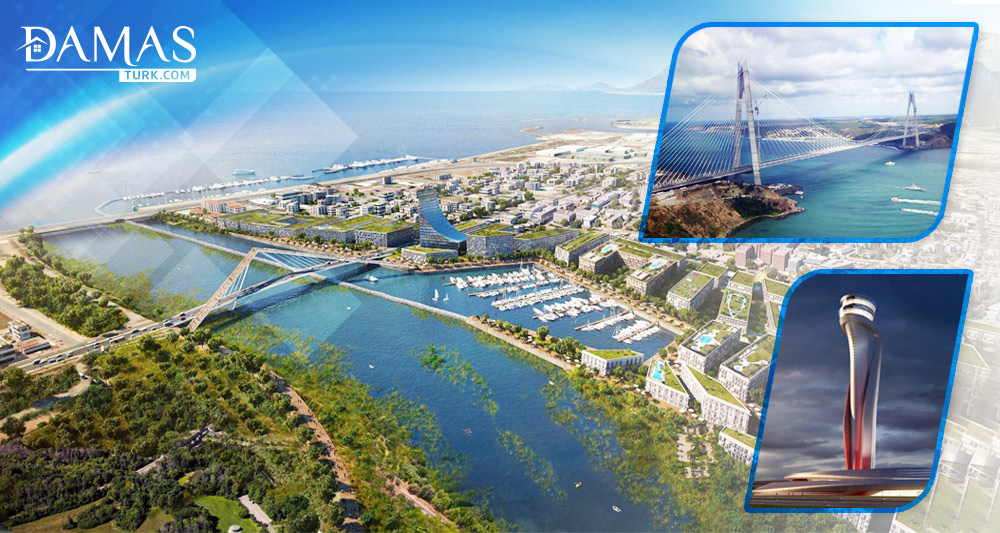 In Istanbul, it is usual that life is very simple in a small village next to the Sazlidere River on one of summer days. Women usually carry vegetables from the local market and men often sit down outside a small shop for drinking tea. This neighborhood image will change because this simple neighborhood will have been located in the path of a 400-meter-wide canal that extends 45 km long to link ​​Marmara Sea to the Black Sea by 2023. This canal is called Istanbul Canal.

Whether the villagers are ready for this change or not, the Turkish President Recep Tayyip Erdogan will achieve this great project after electing him for another presidential period in June. President Erdogan plans to achieve this canal very soon. This will be the third huge project in the city after building an intercontinental bridge in 2016. In addition, the world’s largest airport will have been completed by the end of 2018.

At present, the real estate sector will benefit a lot from this project. The apartment prices in Istanbul have increased in the western part of Istanbul since 2011 after the announcement of the huge projects for the first time. The prices have increased because of Istanbul Canal and the new airport which is located near the northern part of the proposed Istanbul Center. Makbule Yonel Maya, the General Manager of Real Estate Experts at TSKB (the first development and investment bank owned by the private sector in Turkey) says: “the increased interest of investors in this district during the past seven years has also led to the significant increases in value. This makes the real estate developers take their positions in the district.”

Emlak Konut is one of the companies that has invested in Tahtakale. It is a real estate development company belonging to the Turkish government. According to its website, Emlak Konut has six completed housing projects and two other under-construction projects in the district. The buildings, which exist in the strategic location between the old airport and the new airport, are currently being advertised. The new airport will also be located on the bank of the canal when the project is completed. In this neighborhood, the real estate prices increased with an average of about 40% per square meter during the period from 2010 to 2018, according to TSKB.

Who Will Buy a House Overlooking Istanbul Canal?

The government focuses on foreigners for buying apartments in the districts near the Istanbul Canal. In January 2017, Turkey decided to grant its nationality to any foreigner who buys real state with an amount of more than $ 1 million. This year, there is a suggestion for reducing this amount to be $ 300,000. In addition, the government will cancel the value-added tax with 18% for foreigners who pay in their local currency. This foreign direct investment could help slow down the devaluation of the Turkish lira which has already devaluated by 17%.